Sign up for our Newsletter
You are here: Home / News / Međimurje study visit and press conference for members of FIJET Croati...
Print

Međimurje is a destination that turns its small area into an advantage and positions itself as a boutique destination of innovative tourist products of sustainable tourism. It is the only destination in Croatia that has received the European Commission's award for the European destination of excellence EDEN three times: in 2007, 2015 and 2019. It is the second destination in Croatia that has introduced ETIS (European Tourism Indicators System for sustainable destination management), and as announced at the meeting, next year it will publish an analysis of how much tourism really costs, based on these data. Hotel Terme Sv. Martin na Muri is the first Croatian hotel to be awarded the EU Ecolabel certificate on July 19 this year, after going through a demanding certification process.

These are just some of the prominent examples of the focus on sustainable development and sustainable tourism of the Međimurje destination. And that is the reason why the Ministry of Tourism and Sport of the Republic of Croatia and the Croatian Association of Tourism Journalists and Writers in Tourism FIJET Croatia decided to mark the World Tourism day in Međimurje on 27th of September 2021.

Međimurje region is an example of good practice in EU funds absorption for the implementation of sustainable tourism projects, innovation in the preservation, presentation and interpretation of natural and cultural tangible and intangible heritage and the development of tourism for inclusive growth, the main theme of this year's World Tourism Day.

Examples of positive public sector practices implemented in Međimurje County, which included all stakeholders of the destination in the best possible way, was presented during the conference by the Director of Međimurje County Tourist Board - Rudi Grula. Presentation was followed by a tour to The Visitor Centre, co-financed by INTERRREG Hungary-Croatia and to the Museum of Intangible Heritage Treasury of Međimurje co-financed from the European Structural and Investment Funds OP Competitiveness and Cohesion. The study visit also included a tour to the rural holiday home Pozojova hiža Okrugli Vrh as an example of good private sector practice. 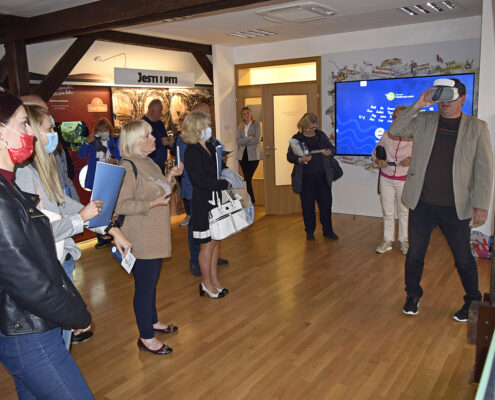 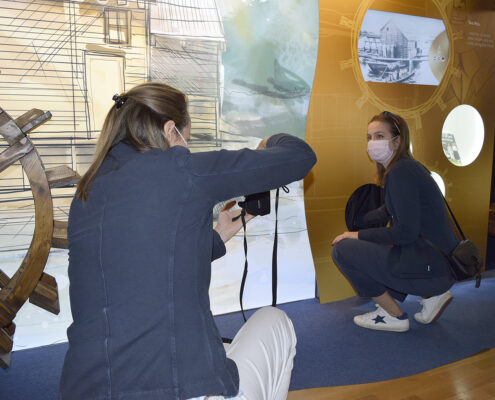 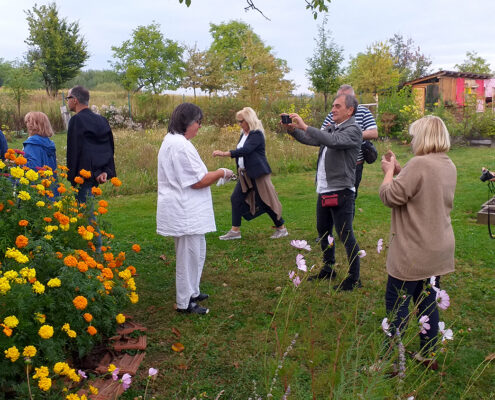 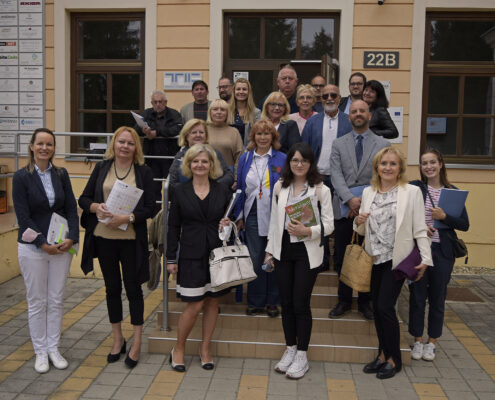 Take a look at the video report of the event.

Croatian Ministry of tourism and sports is the project partner on the EUSAIR Facility Point project and coordinator of EUSAIR thematic pillar 4 Sustainable Tourism and on this event was accompanied by the representatives of the Ministry of Foreign and European Affairs, the Ministry of Regional Development and European Union funds, thematic experts in the field of sustainable tourism, representatives of Međimurje County,  the Međimurje County Tourist Board and local and regional media.

FIJET Croatia is part of the international association of tourist journalists and writers FIJET, the oldest and largest professional association of tourist journalists and writers in tourism, founded in 1954 in Paris. All Croatian members actively contribute to the promotion of the goals of the organization, and the president of FIJET Croatia Tina Eterović Čubrilo is also one of 9 members of the Executive Board of the parent international organization. The cooperation between the Ministry of Tourism and Sports and FIJET Croatia has started in 2002 by a joint initiative to launch the celebration of World Tourism Day, and this joint celebration of World Tourism Day in Međimurje confirmed the focus on common goals. The event briefed the members of FIJET about EUSAIR, increased awareness and knowledge and contributed to achieve EUSIAR communication goals set.