The epidemic has impacted both the form and content of the 6th EUSAIR Forum - Despite the hybrid gathering, a large number of ministers and topics also announcing Slovenia's presidency of the EU Council - Recovery and resilience, green connectivity and blue growth and EU enlargement to the Western Balkans are at the heart of the discussions. 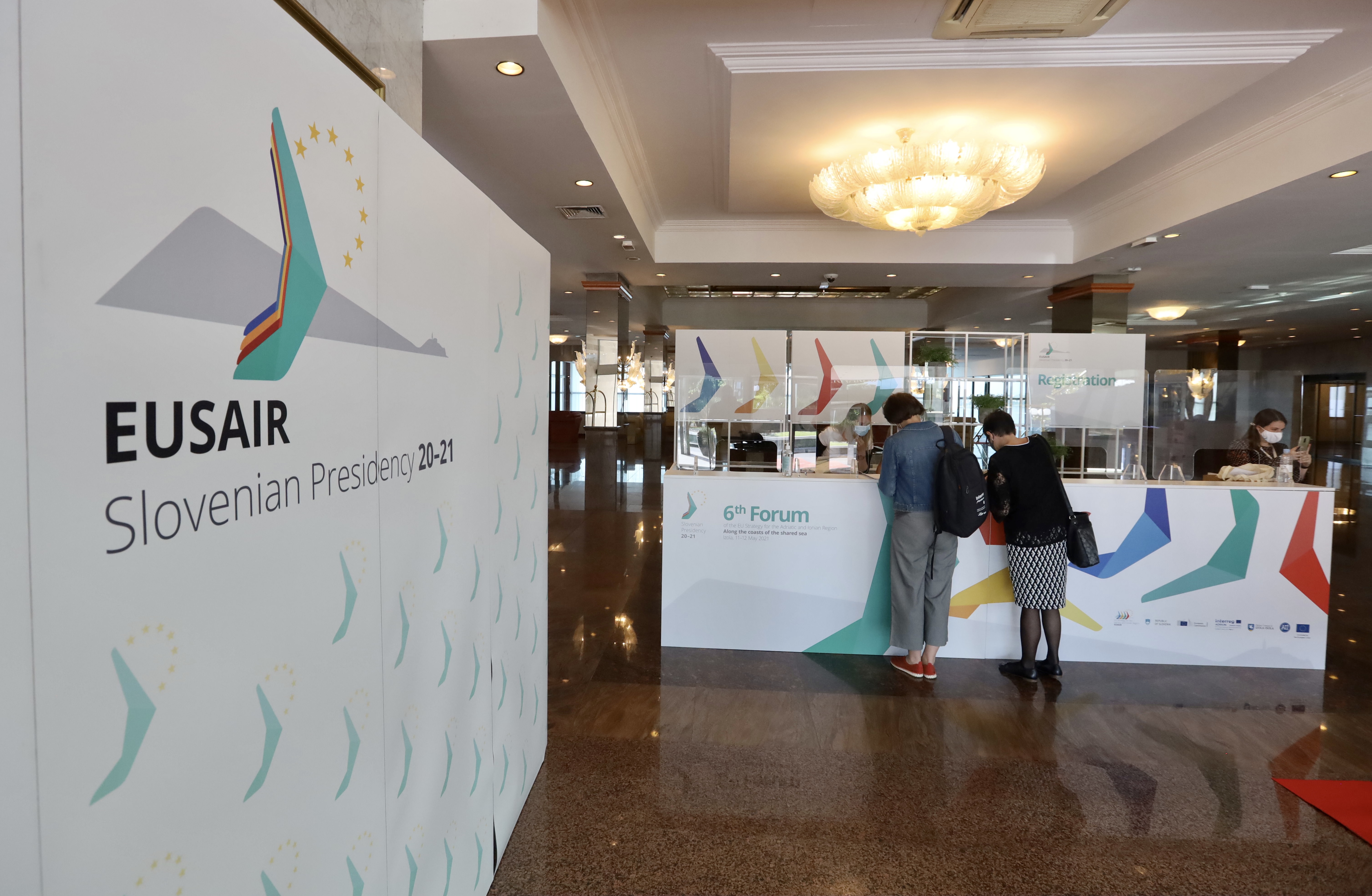 The EU Strategy for the Adriatic-Ionian Region brings together four EU member states (Croatia, Greece, Italy and Slovenia) and five aspiring countries (Albania, Bosnia & Herzegovina, Montenegro, Northern Macedonia and Serbia). It was at this year's forum that the Izola Declaration adopted a new, tenth member, the Republic of San Marino.

The ministers of the nine countries or their deputies discussed behind closed doors the most pressing issues in the region, including the response to the epidemic and ambitions for faster integration of candidates from the region into the EU. They adopted the Izola Declaration, which concludes the one-year Slovenian presidency of EUSAIR.

Foreign Minister Anže Logar said: “Only by being connected and responsible for the environment can we contribute to the green and smart development and recovery of the Union. This also applies to the countries of the Western Balkans, which participate equally with us in the Strategy, which is an important contribution to the European Union's enlargement policy.

In his video address Slovenian minister, responsible for development and the EU cohesion policy, Zvone Černač has mentioned the importance of the dialogue between countries and institutions and pointed out on the role of the EUSAIR Facility Point as »the joint strategic project that provides constant support to our common process«.

More detailed discussions will take place in four thematic areas (transport and energy connectivity of the region, blue growth, quality of the environment and sustainable tourism).

At the press conference, the European Commissioner for Reform and Cohesion, the Portuguese Elisa Ferreira, emphasized that after the pandemic “we should not just build back the same, but build better. It will be only possible if we think strategically, sharing the seas and sharing the future.”

The inspiring tone of the ministerial round table was provided by guest speakers, co-recipient of the Nobel Peace Prize and leading Slovenian expert on climate change, Lučka Kajfež Bogataj, and Ambassador of the EU Climate Agreement, daily newspaper Delo journalist Boštjan Videmšek.

The sixth EUSAIR Forum, which has brought together almost 1.000 officially registered participants through a special interactive platform, touched on circular economies on the first day, with a rich discussion, and on the second day they will award Windmills of Excellence to individuals from civil society who have been especially distinguished in spreading the idea of EU regional strategies (Slovenia is an active member in three of the four, in addition to the Adriatic-Ionian also the Alpine and Danube). The award ceremony will also conclude the competition for the best entrepreneurial ideas among high school and university students from the region, Young POPRI.

At the closing of the 6th EUSAIR Forum Slovenia will symbolically hand over the presidency to Albania. On this occasion, Albanian minister for Europe and Foreign Affairs Olta Xhacka said that they will continue with good practice of Slovenian presidency by focusing on youth. 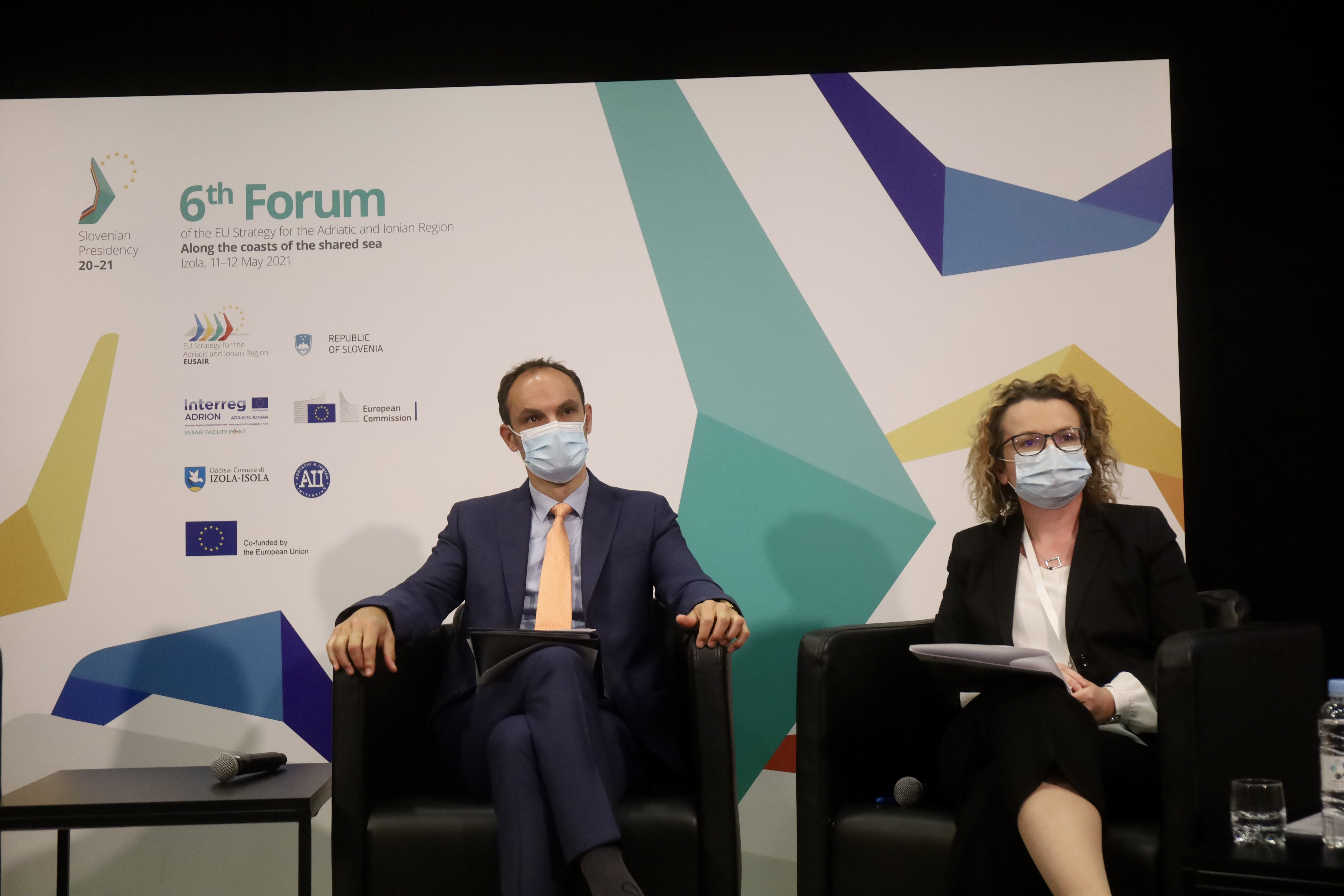 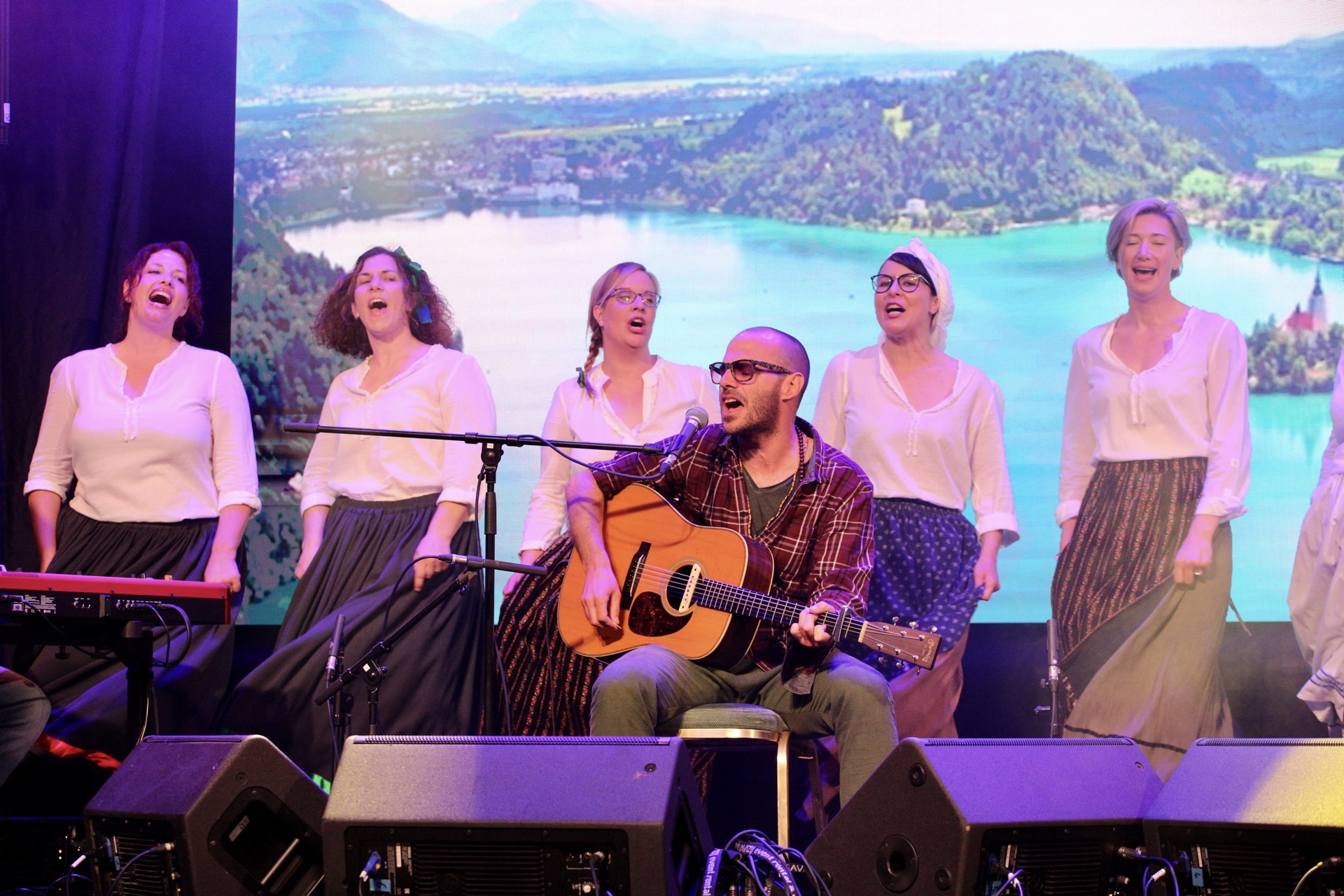 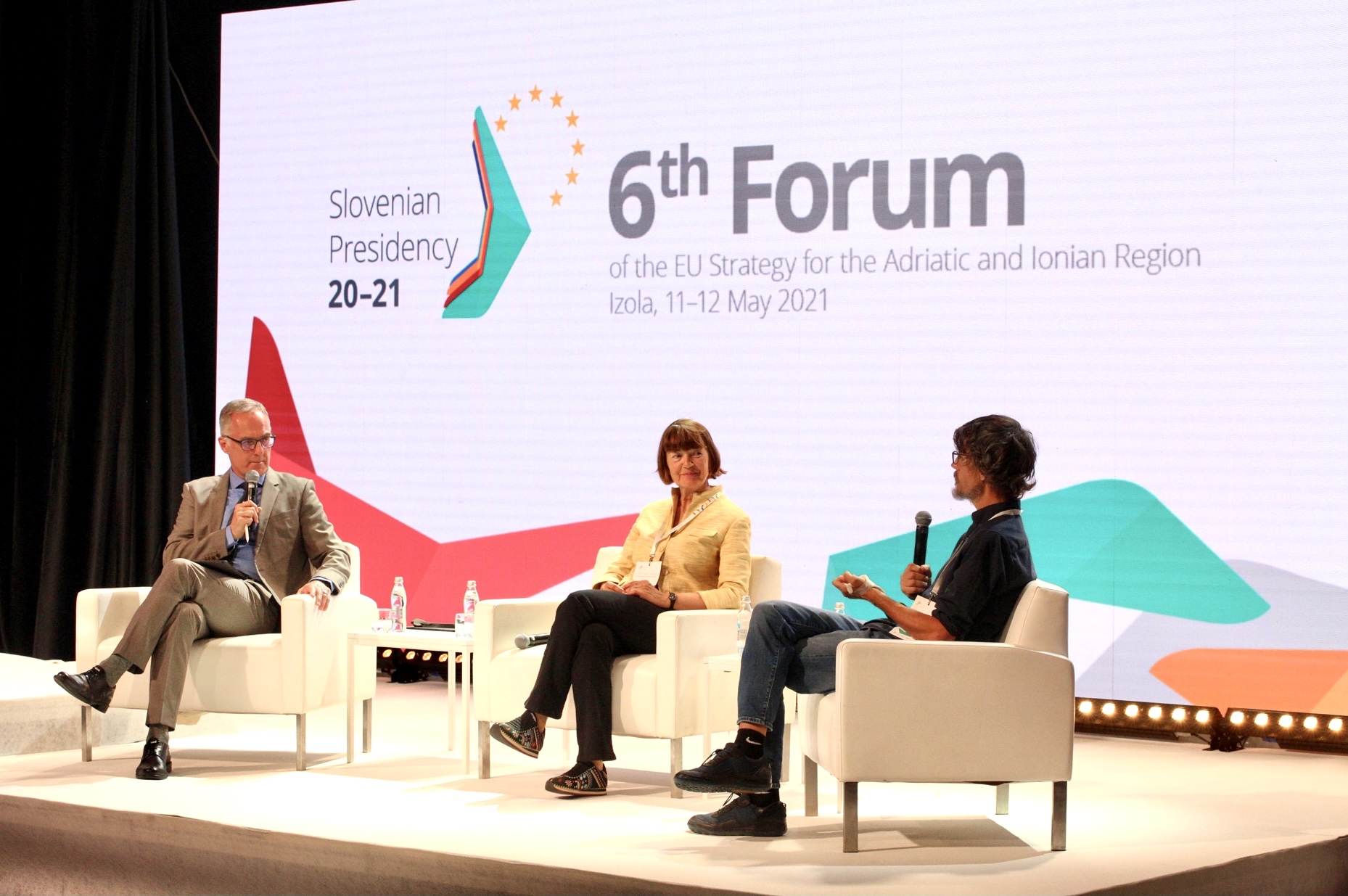 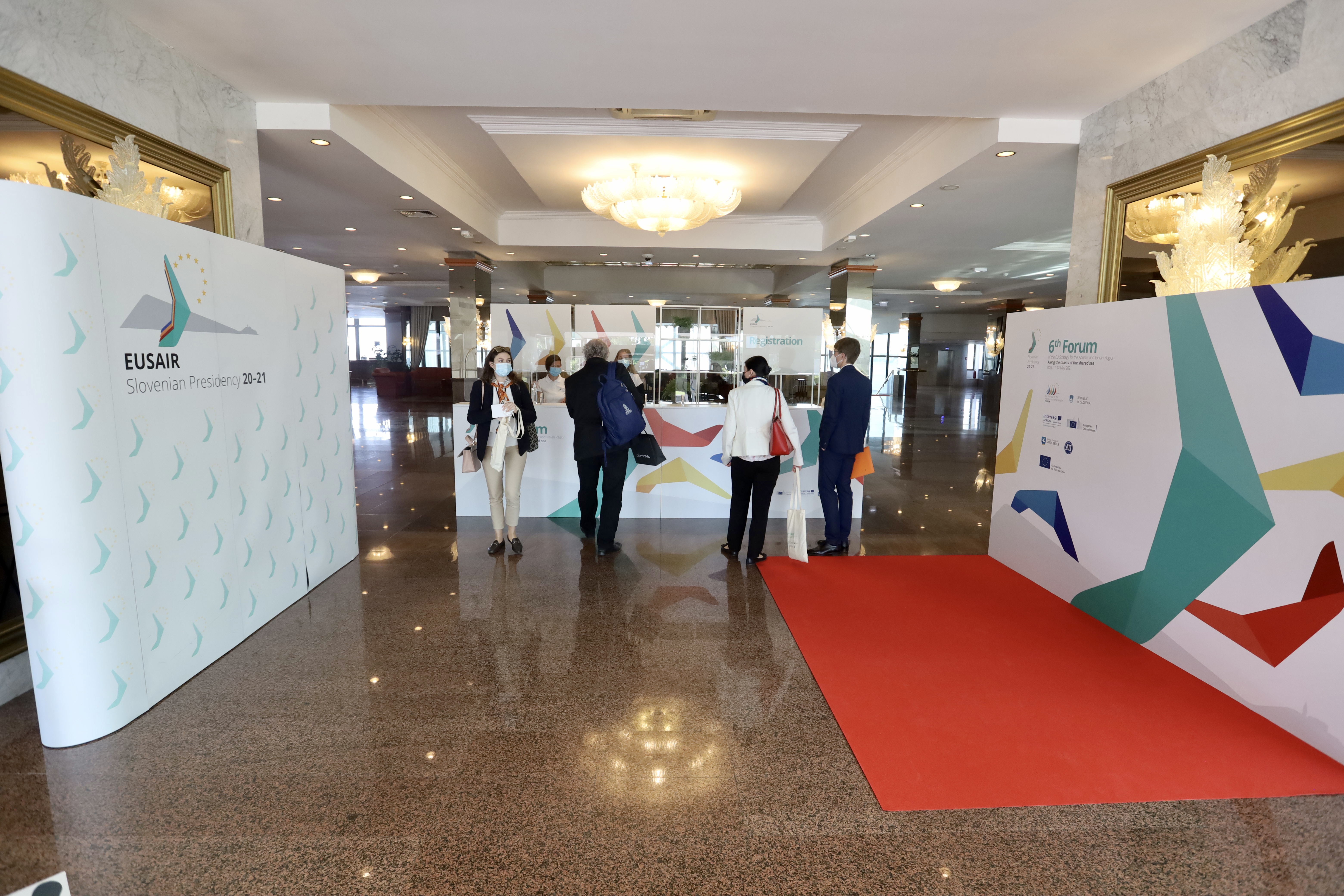