Sign up for our Newsletter
You are here: Home / News / CULTURE 3.0 – THE OPPORTUNITY FOR BETTER RESULTS OF THE CULTURAL...
Print

CULTURE 3.0 – THE OPPORTUNITY FOR BETTER RESULTS OF THE CULTURAL TOURISM IN THE NEW DECADE

The entire cultural and archaeological heritage of Croatia is insufficiently known and annually attracts up to 5 million visitors. At the same time, Italian Pompeii alone attracts as many as 12 million tourists a year. This comparison shows a large space for the development of special forms of cultural tourism in our country. This is one of the conclusions presented at yesterday's final conference of the ArhKonTur project organized by Libertas University, which was also attended by Alessandra Priante, UNWTO Director for Europe. Croatia has a huge cultural and tourist potential, and in order to use it, it is necessary to change the approach and create a new type of experts in cultural and tourist interpretation.

The response to this is already happening through the activities of the Ministry of Tourism and Sports, the project partner of the EUSAIR Facility Point project and the coordinator of the Sustainable Tourism pillar of the Adriatic-Ionian Strategy, as reported by the coordinator Senka Daniel. The Handbook on Participatory Tourism, which connects the community and culture through the storytelling, has been developed, and the focus of the CulTourAIR project on improving the existing cultural tourism information system will facilitate informed decision-making in nine Adriatic-Ionian macroregions.

Stefano Dominioni, director of the European Institute of Cultural Routes, said that Croatia has made great progress with its activities since 2016 by including in the Council of Europe's Cultural Routes project. This brought additional promotion and increased the recognizability of the existing tangible and intangible cultural heritage. Croatia is currently involved in 13 international routes, and also have initiatives for routes that would originate from the country.

"Culture 3.0 builds a deeper relationship between tourists and hosts at the destination based on the inclusion of guests and the creation of cultural content", said prof. Greg Richards from BREDA University of Applied Sciences in the Netherlands stressing the contemporary trends in cultural tourism.

Richards believes that in a very short time Croatia could be positioned as a cultural destination by educating new experts, including innovative interpretation of cultural heritage and the use of new technologies and augmented reality that allows guests a more intense experience of tangible and intangible heritage. It is interesting, Richards points out, that applications that are created by destinations are downloaded by an average of only 1000 users, which means that the approach to communication with the guest must change.

Bettany Hughes, a well-known historian and author of TV documentaries, pointed out that a well-told story always brings results. After her TV series about Egypt, British interest and booking for that destination increased fourfold. Her vivid documentaries reach as many as 250 million viewers on well-known television networks. She announced the filming of the series "Wonderful Treasures" with the intention of dedicating one of the episodes to Croatia.

The ArhKonTur project responds to the problems of the lack of special professional and pedagogical competencies of lecturers and mentors and the lack of an offer of education models for specific areas of archaeological tourism. The project is co-financed from the European Social Fund, and three completely new specialist training programs have been developed to offer sustainable and responsible archaeological tourism, as well as conceptual tourism management.

The training was completed by the first generation of 40 specialist guides of hard-to-employ groups in the labor market, young people up to 25 years of age and older than 54 years. A manual was also prepared in English and Croatian on trends in archaeological tourism and interpretive guidance for seven selected sites in seven Croatian counties. 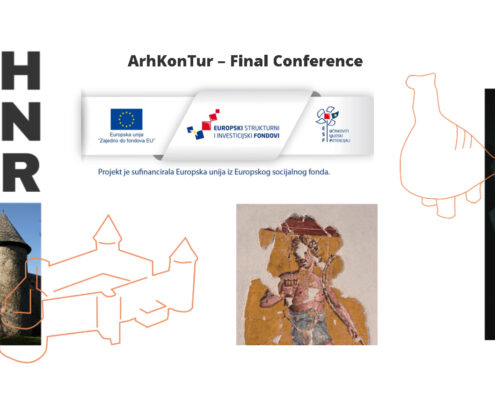 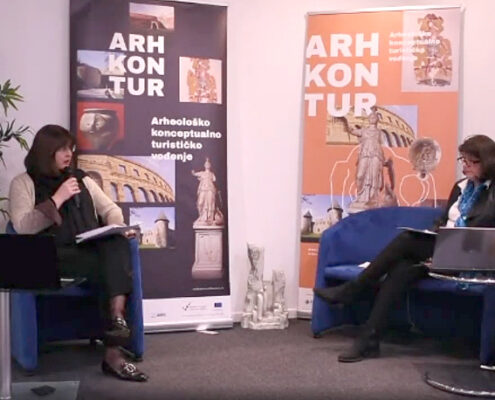 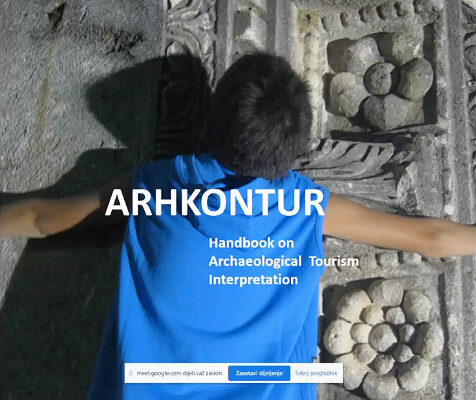 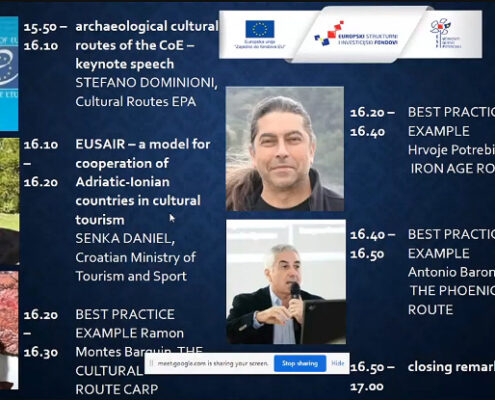 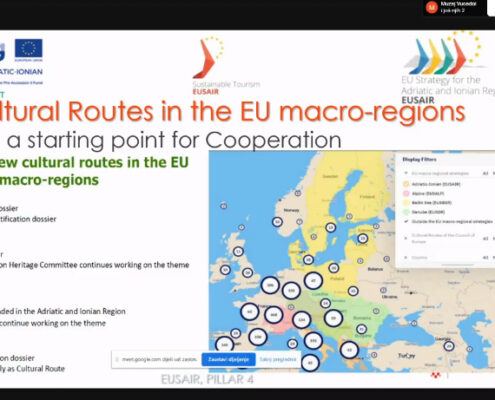