Sign up for our Newsletter
You are here: Home / News / Online workshop ADRIONCYCLETOUR: an integrated project for the Adriatic-Ionian...
Print

On December 16th, the EUSAIR Stakeholders Platform has hosted the workshop “ADRIONCYCLETOUR: an integrated project for the Adriatic-Ionian Region cycle routes”. The workshop, one of the events scheduled in 2020 as part of the EUSAIR Facility Point project, has been organized by the Marche Region, in coordination with Friuli Venezia Giulia Region.

The workshop idea comes from the EUSAIR cross-pillar TSG2 (Transport sub-group) and TSG4 (Tourism) labelled project “ADRIONCYCLETOUR", referred to a cycling route running along the coast and its main cycle connections to the hinterland areas, that connects all the countries of the Adriatic-Ionian region, from Sicily to Greece.

The ADRIONCYCLETOUR project, selected as flagship project to be embedded into 2021- 2027 programming documents, aims to establish and develop the ADRIATIC-IONIAN CYCLE ROUTE (AICYR) which consists of a cycling route running along the coast of the entire Adriatic and Ionian basin from Italy (all the involved Regions) to Greece, crossing the EUSAIR concerned Countries (coastal network) and its main cycle connections to the hinterland areas of the EUSAIR countries (inland network).

The route intends to have a twofold function, serving as infrastructure, integrated with the public transport systems (rail, road, sea), for cycle tourism and for a sustainable urban and inter-urban mobility.

Scope of the webinar was to give an overview of the state of art of the State of development of cycling ways in coastal area and through internal states of the Adriatic- Ionian region and to better understand how the project can have access to the funds of the 2021-2027 programming period (structural funds and cohesion and development fund). The event was attended by representatives of regional bodies, inter-governmental and non-governmental associations, regional development centers and centers for sustainable initiatives, which have explained the state of art of cycling ways and the impact they have given to the macro-region. 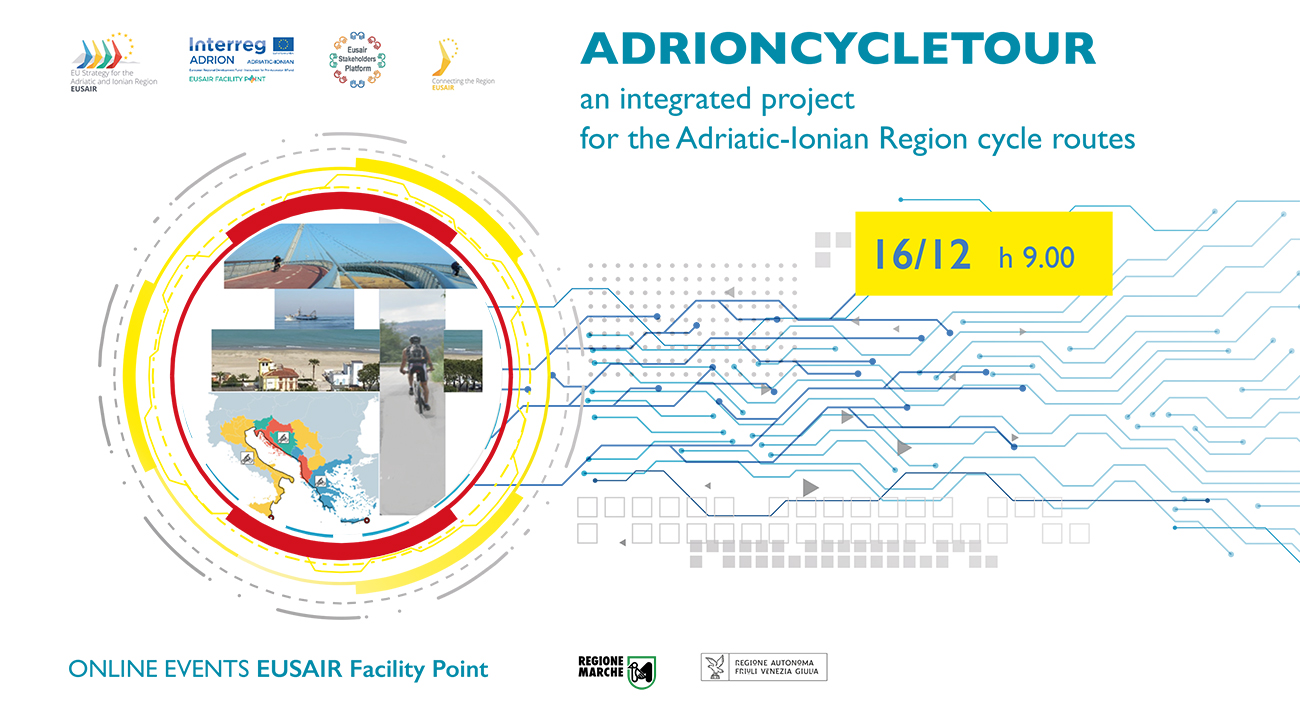