We could imagine a bicycle as a simple “machine” with simple principles of mechanics pushed by our force. That is the beauty of a bicycle. So simple, yet effective.

It allows us to move many times faster in space and to use less of our own forces to get from point A to point B. In addition, its "normal" speed is so moderate that it allows us to thoroughly experience the environment, feel all the smells, but also hear a lot of what is happening around us.

The facts about cycling, an industry that includes the production, sale, rental and service of bicycles tell us a lot of interesting data. Bicycles sometimes cost over 10,000 euro and are often more expensive than the average car driven by the average Adriatic-ionian region citizen, and specially trained service technicians are in charge of their service. A neighbor who has some tools in the garage, who occasionally inflates tires, lubricates the chain, or tightens a seat or a foot, would not be a person who should, in general, approach one such bicycle.

In the last few years, the market for electric bicycles has also flourished, helping their owners to cover more kilometers and master climbs more easily, so that they can enjoy the environment even more. The slightly "normal" model of an electric bicycle is priced at a "modest" 2,000 euro, and a short "googling" reveals a completely unusual world of electric bicycles worth almost 13,000 euro. This is where ends any misconception about the poor people that spend annual leave on bike because they don’t have a car.

The cause is precisely in the simplicity described in the first two sentences of this text. But also in terms of environmental considerations. This was recently discussed at the thematic international workshop "Cyclotourism and Cultural Routes" organized by the Croatian Ministry of Tourism and Sports within the activities of the EUSAIR Adriatic-Ionian Strategy. Croatia and Albania coordinate the Sustainable tourism Pillar for the whole region. Last actions were aimed on developing strategic projects that should facilitate the mutual coordination of monitoring and development of sustainable destination management.

Cycling is also “cool” when you compare the number of jobs required to produce or sell a bike to the numbers required for the production and sale of a car. Interestingly, the bicycle as a product and means of transport creates several times more jobs in production and sales, if compared on the basis of a financial turnover of one million euros. You may see this as a bad thing if you are an investor, but if you are a person who cares about the environment, nature and human benefits, with a changed perspective the bike becomes an interesting hero for the 7.5 billion people who inhabit the Earth. An economic model in which everything is in the background compared to growth and profit needs to change if we do not want to end up in an drained environment where growth will no longer be possible. 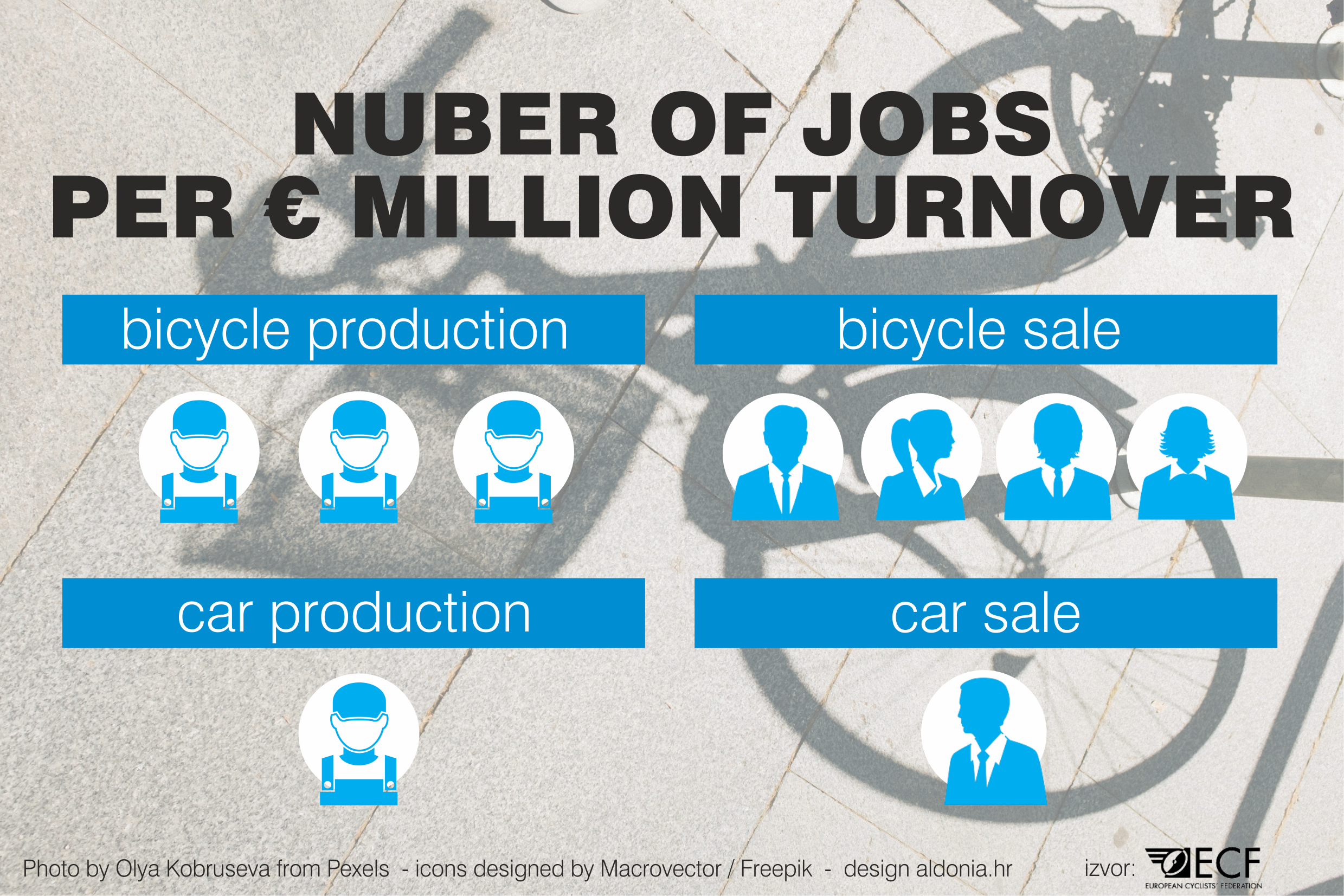