Sign up for our Newsletter
You are here: Home / News / Bicycle as a superhero – 73 billion euros of benefits for the public...
Print

Did you know that a rough estimate of the impact of cycling and cycling on the EU health sector is -huge? According to the calculation of the ECF the European Cycling Federation, the bicycle is "responsible" for as much as 73 billion euros used annually for the public health system of the European Union. This is an amount higher than what Spain spends on public health.

According to research, cycling helps prevent type 2 diabetes, breast cancer, cardiovascular disease, bowel cancer and osteoporosis. It is the reduction of diseases, their prevention, that is one of the key ways to reduce spendings for public health.

Of course, cycling significantly helps to reduce CO2 emissions and helps reduce traffic congestion, especially if its modal share in local traffic is increased. An increase in the modal share is an increase in bicycle use compared to other modes of transport. The reduction in CO2 emissions that cycling contributes to annually in the EU is estimated at around 16 million tonnes. And that amount is exactly the annual CO2 emission of Croatia.

But this is not the last area where the bike is a "hero". Currently, cycling is estimated to employ about 650,000 people. In terms of employability and job creation, cycling has huge potential if its share is increased compared to other means of transport. The ECF estimates that doubling the share of bicycle use in transport could increase the number of employees in cycling and cycling-related jobs to one million.

EUSAIR, the EU strategy for the Adriatic-Ionian region, relies on sustainability and responsibility declared in the European Green Plan, the European Union's main strategic document defining the goals the EU wants to achieve by the year 2050.

Sustainability is easiest to describe in negative terms - if we spend resources now, we will not have them in the future. The goal is the long-term preservation of the cultural and natural heritage on which this development is based. New generations, as last year's demonstrations in many cities around the world showed, expect modern politicians not to fall victim to reckless development. EUSAIR is just such a strategy that development wants to be based on a scientifically supported sustainable approach that will protect resources. 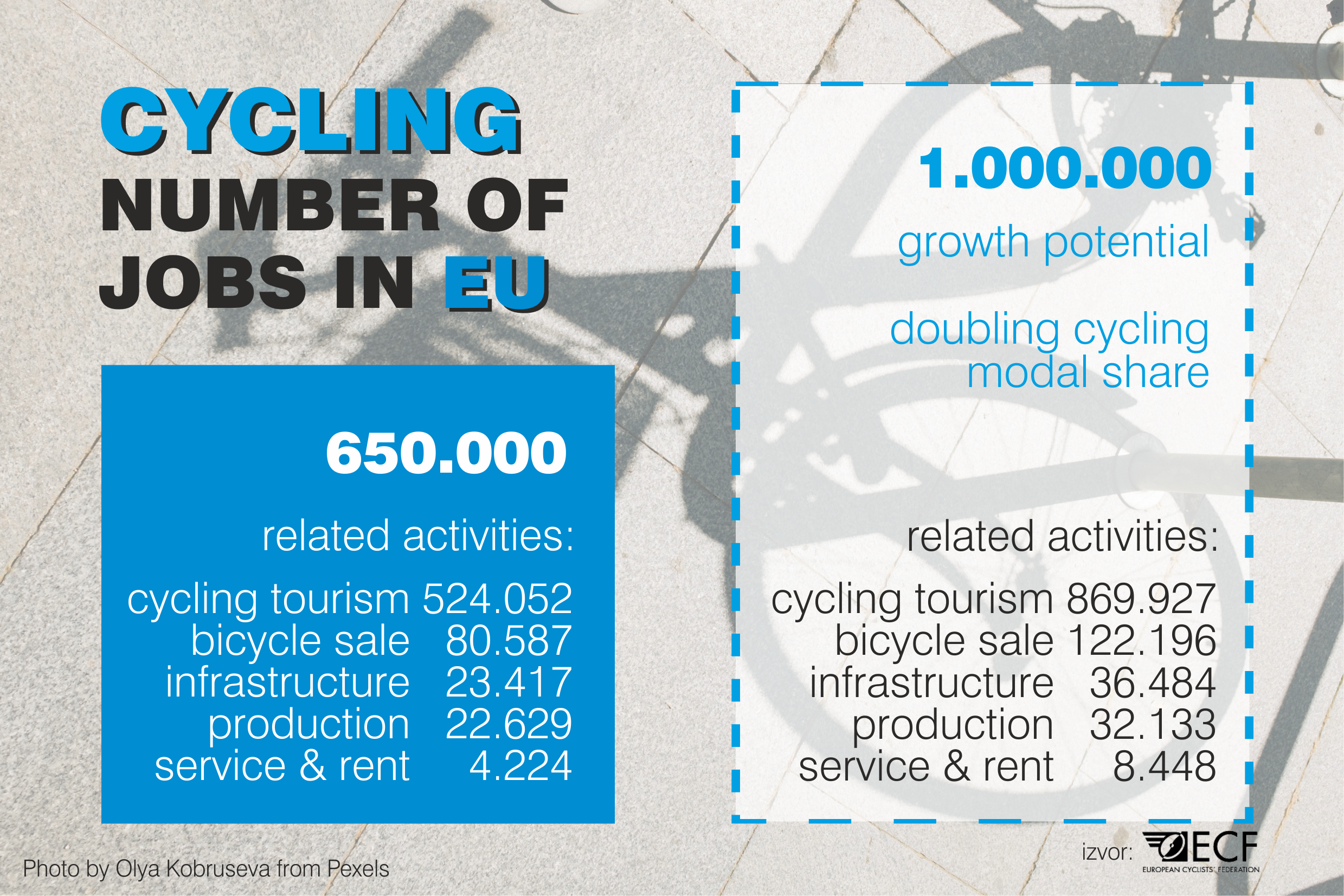