Sign up for our Newsletter
You are here: Home / News / Europeans love bicycles and the entire Adriatic-Ionian region really have...
Print

Europeans love bicycles, according to figures from Hungary's National EuroVelo Coordination Center Miklos Berencsi's presentation at a recent international workshop on "Cycling and Cultural Routes" organized by the Ministry of Tourism and Sports. In 2019, over 15 million bicycles were sold in the EU, and now 3 million or almost 20% of sales are electric bicycles.

Frank Hoffman, a board member of ADFC, the German cycling federation, showed the rapid growth of cycling tourism in Germany. In 1999, Germany had 1.9 million cyclists. In 15 years, by 2014, that number had grown to 4 million, and in the last 5 years alone, German tourism has reached as many as 5.4 million tourists on bicycles. And these are not people who go on a day trip, but serious tourists who spend an average of 7 nights. They ride their bikes 50-60 kilometers a day every day, enjoy the environment and the peaceful ride, local food and wines, stay on the road for 9 days, of which they cycle for up to 7 days.

Opportunity for the Adriatic-Ionian region

The Adriatic-Ionian region is the cradle of several key civilizations in this part of the world. Extremely rich history and richness of cultural and religious differences are the legacy that is at the same time an opportunity for a better future through the development of a complementary tourist offer, especially in the part of sustainable and responsible reliance on resources. It is very difficult to enumerate how many interesting historical stories can be told and natural beauties shown to modern cyclists in this area connected by the ancient Greeks, Romans, the Middle Ages, Ottoman invasions and events that started the great wars. The tourism wealth of this area is the beautiful nature, diversity of cultures and religions in this historical area where the calls to prayer of imams and church bells, tamburitza, „shargija“, accordion, „dvojnice“, „zurle“, „samice“ create the rich symphony of sounds...

EUSAIR is a regional strategy that promotes the sustainable and responsible development of tourism towards the environment and people in line with the green standards set out in the European Green Plan and the UN Agenda 2030.

Cyclotourism grew in the pandemic

Cycling and cycling tourism have great potential and have shown great resilience and even growth during this pandemic. While other types of tourism have suffered huge losses, cycling tourism is growing. EuroVelo.com, the site of the ECF project of the European Cycling Federation, which is developing an international European network of high-quality cycling routes, was visited by twice as many visitors this year as in previous years. This summer, after closing due to the COVID-19 pandemic, cycling tourism on EuroVelo routes has grown significantly. Examples are France with as much as 31% more cyclists than last year and the Netherlands, where users downloaded maps for cycling routes as much as 74% more than last year.

For example, compared to cruising tourism, cycling tourism was "bigger" even before the pandemic. During the pandemic, cycling and cycling, precisely because of the individual and less exposed way of traveling, grew, and cruising - stopped. 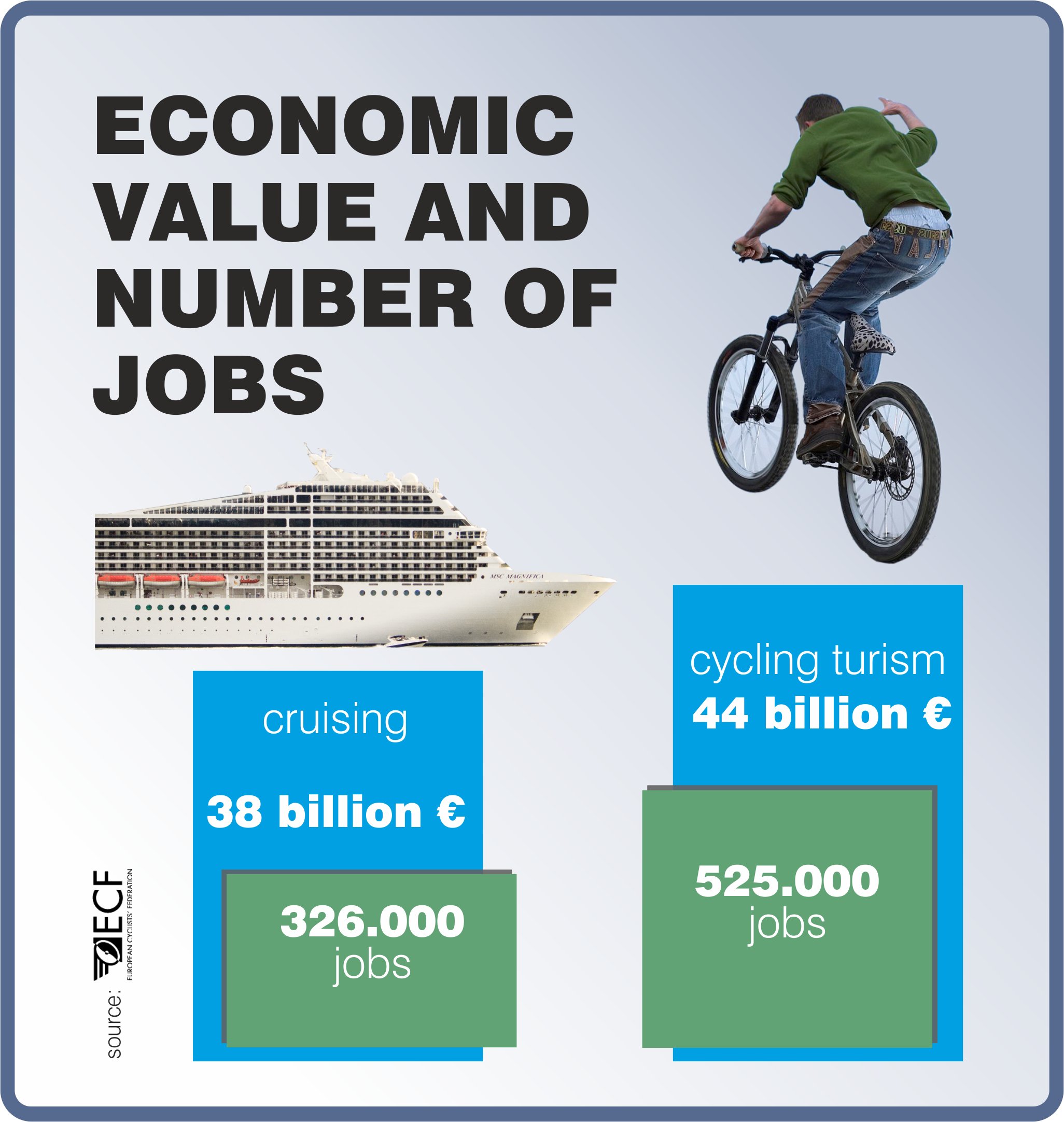