IZOLA, 15 September 2020 – In the beautiful Manzioli Palace next to the Manzioli Square, home to the Italian self-governing national community Izola, Danilo Markočič, the Mayor of Izola, and his colleagues officially opened the Mediterranean Coast and Macro-Regional Strategies Week Izola 2020. In his address, the Mayor underlined the pleasant coincidence that the opening event coincides with the holiday of Primorska by also stressing the importance of this international event that focuses on the future of 70 million inhabitants of the Adriatic-Ionian region and all the EUSAIR countries (EU Strategies for Adriatic-Ionian Region).

Given the epidemiological situation the Mediterranean Coast and Macro-regional Strategies Week will mostly take place as an “online” event. The addresses of the eminent participants of the opening event were coordinated by mag. Iztok Škerlič, Director of the Izola Public Institute for the Promotion of Entrepreneurship and Development Projects, as well as Director of the EUSAIR Facility Point who expressed his satisfaction already at the press conference saying that “with the Interact programme the European Commission has recognised the good work that Izola has done with regard to the development of environmental projects and has entrusted us to organise the Green Deal workshop which will take place given the current situation online in Izola from 21 to 22 September.”

The participants were also addressed by dr. Zoran Stančič who underlined the relevance of the achievements of macro-regional strategies by saying that the Mediterranean Coast and Macro-regional Strategies Week is an important result of the thus far implementation of EUSAIR and its supporting projects. “It is the visible achievements that have made a significant contribution to the fact that in February the European Commission hosted for the first time the meeting for all four EU macro-regional strategies” underlined the representative of the European Commission in Slovenia.

“Following its small beginning, the Mediterranean Coast and Macro-regional Strategies Week is being held already for the fifth time” continued mag. Andreja Jerina (Ministry of Foreign Affairs), coordinator of the Republic of Slovenia for all three macro-regional co-operations. “From the modest beginnings of local charter it has become a visible event at the EU level attracting the interest of 19 EU members and 8 non-EU members from the Baltic through the Alps and the Danube to the Adriatic and Ionian Seas. Despite the complex epidemiological situation, we will address four pressing issues which are at the heart of the current challenges the modern world, including Europe, is facing.”

In her address, she emphasised the recovery of “Europe post-covid-19” through the cooperative revival of tourism and the planning and design of green infrastructure. “There is no other way of strengthening EU resilience, for example with regard to food production. In this area, for example, EUSAIR members could also contribute to a “smart Europe” and the implementation of a “smart specialisation strategy”. This, of course, involves a simultaneous implementation of the EU Green Deal.”

The participants were also addressed by Franc Bogovič, member of the European Parliament. The intriguing video, prepared by Government Office for Development and European Cohesion Policy, was introduced by mag. Nina Seljak.

Over the next two weeks, the Mediterranean Coast and Macro-regional Strategies Week will mark the daily pulse in the coastal city with several workshops and other events, despite that fact that the majority of the events will be held online due to the current epidemiological situation. The annual international conference of representatives of all four EU macro-regional strategies (Alpine, Baltic, Adriatic-Ionian and Danube) will be held on 28 September on World Tourism Day with a performance by students of Izola Secondary School in Pietro Coppa Park.

Before the opening event, the organisers presented the event at a press conference.

The extensive programme package of the week, the first event within Slovenia’s one-year presidency of EUSAIR (EU Strategy for the Adriatic and Ionian Region), will follow the definitions of the leading support mechanism (EUSAIR FLAGSHIPS) for the period 2020-2027, which was confirmed only a few days after Slovenia took over the presidency.

These cover thematic sets, lists of challenges and needs, an assessment of their strategic importance, as well as general objectives and expected progress on individual macro-regional sections. The Municipality of Izola (with its Public Institute for the Promotion of Entrepreneurship and Development Projects, which also leads the Facility Point) cooperates with the Ministry of Foreign Affairs and the Government Office for Development and European Cohesion Policy as a project partner.

Meeting of the coordinators with EC representatives

At the third afternoon meeting of the chairing groups of the national coordinators of all four macro-regional strategies (Alpine, Baltic, Adriatic-Ionian and Danube) and representatives of the European Commission, the speakers focused mainly on strengthening the network and structured exchange of information and experience. The main topics of discussion were thus the political commitment of macro-regional strategies to the European Union, support for governance, placement of plans in financial programmes at all relevant levels, capacity and communication building, etc.

Simultaneously to the abovementioned meeting, an online workshop on green infrastructure was held. The workshop was organised by the Institute of the Republic of Slovenia for Nature Conservation in cooperation with members of EU Strategy for the Alpine Region (EUSALP) Action Group 7. The representatives of the Institute presented the activities and achievements of the already implemented and ongoing projects for the conservation and management of dry grasslands in the area of eastern Slovenia (Life Grasslands). The project partners of the LUIGI project (Linking Urban and Inner-Alpine Green Infrastructure - Multifunctional Ecosystem Services for more liveable territories) also participated in the interesting interactive discussion. 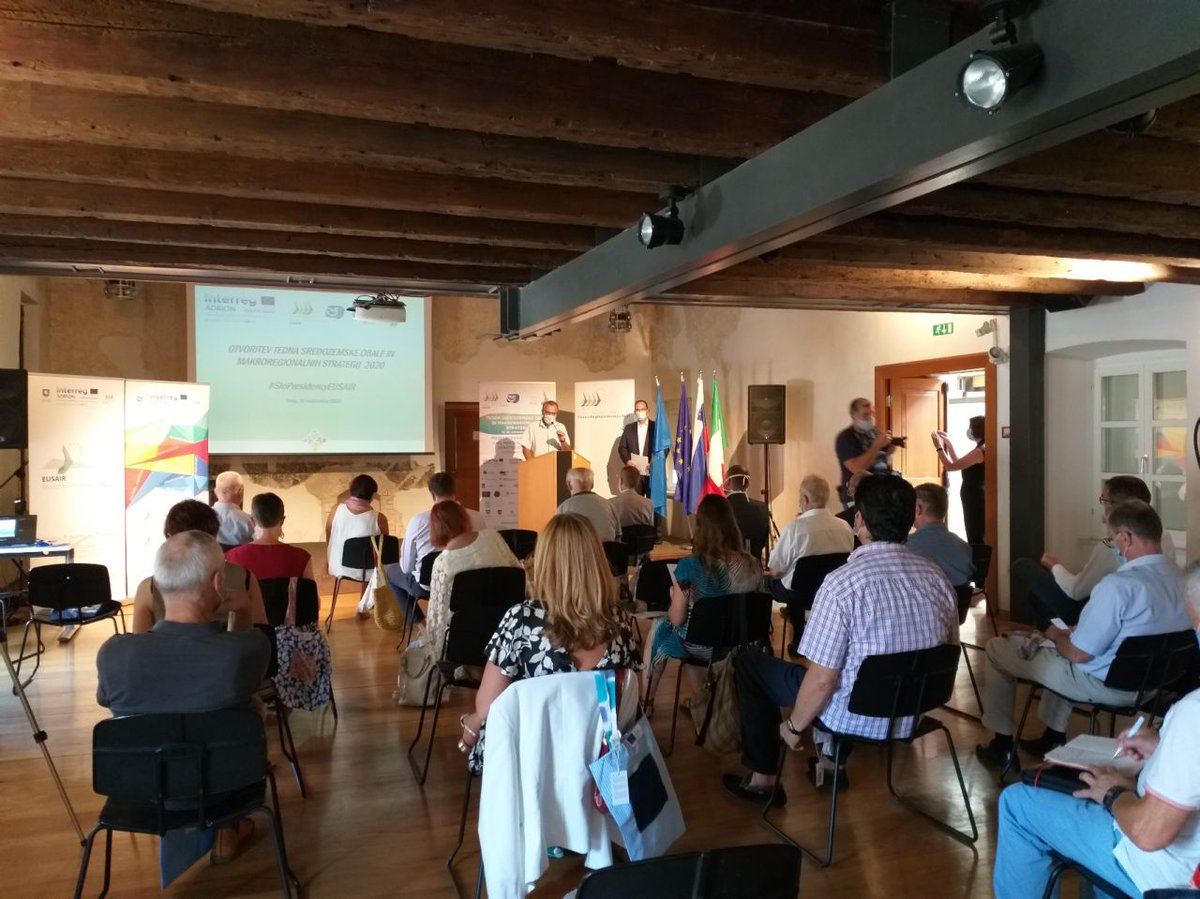 In line with the national coordinator and his professional commitment, dr. Mitja Bricelj (Ministry of the Environment and Spatial Planning) also underlined at press conference the visible achievements of EU macro-regional strategies by saying that “EUSAIR stands out, especially in terms of its thematic pillar of environmental quality”. After the contributions made by the participants he concluded that “until Slovenia started implementing EUSAIR projects, it has never been so recognised, especially as far as the sea and its environment are concerned. The knowledge gained will certainly help us realize the concepts of green infrastructure by successfully drawing on the available EU funding, also through the EUSAIR programmes.”

He also underlined that Slovenia is an example for Western Balkan countries as the concept of blue and green corridors has become the central theme of the Green Deal “also in terms of economic recovery! We have every right to be proud of the established cooperation between the UESAIR thematic pillars – blue growth, regional integration, environmental quality, sustainable tourism – as well of successfully attracting young people to partake in these activities, as will be shown next Friday at the event Youth, Water and EUSAIR.” 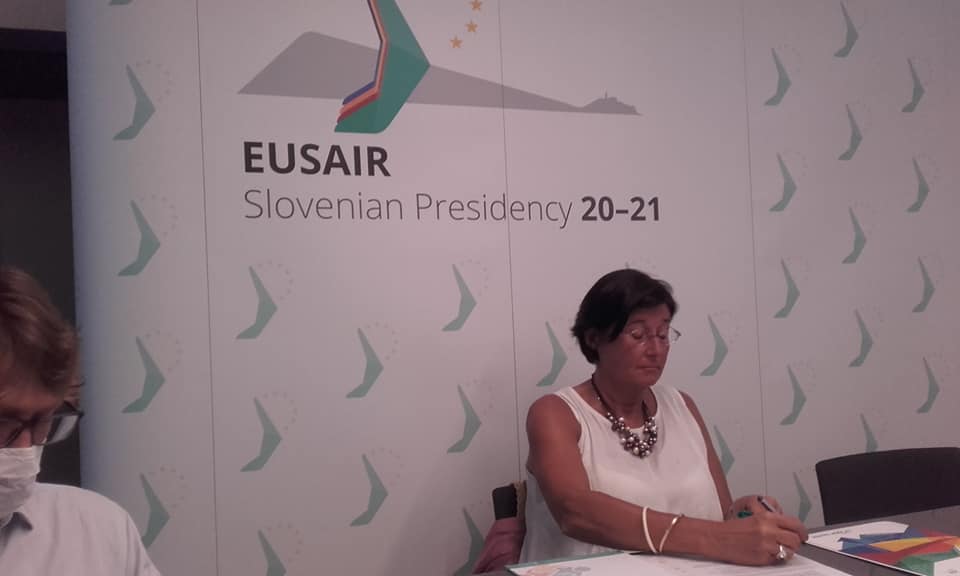 On Wednesday, 16 September, the four Pillar Coordinators met online in the morning, and the EUSAIR National Coordinators in the afternoon. The intensive day was concluded with a meeting of high representatives of the Adriatic and Ionian Initiative. The meeting of the EUSAIR Governing Board was held on Thursday. 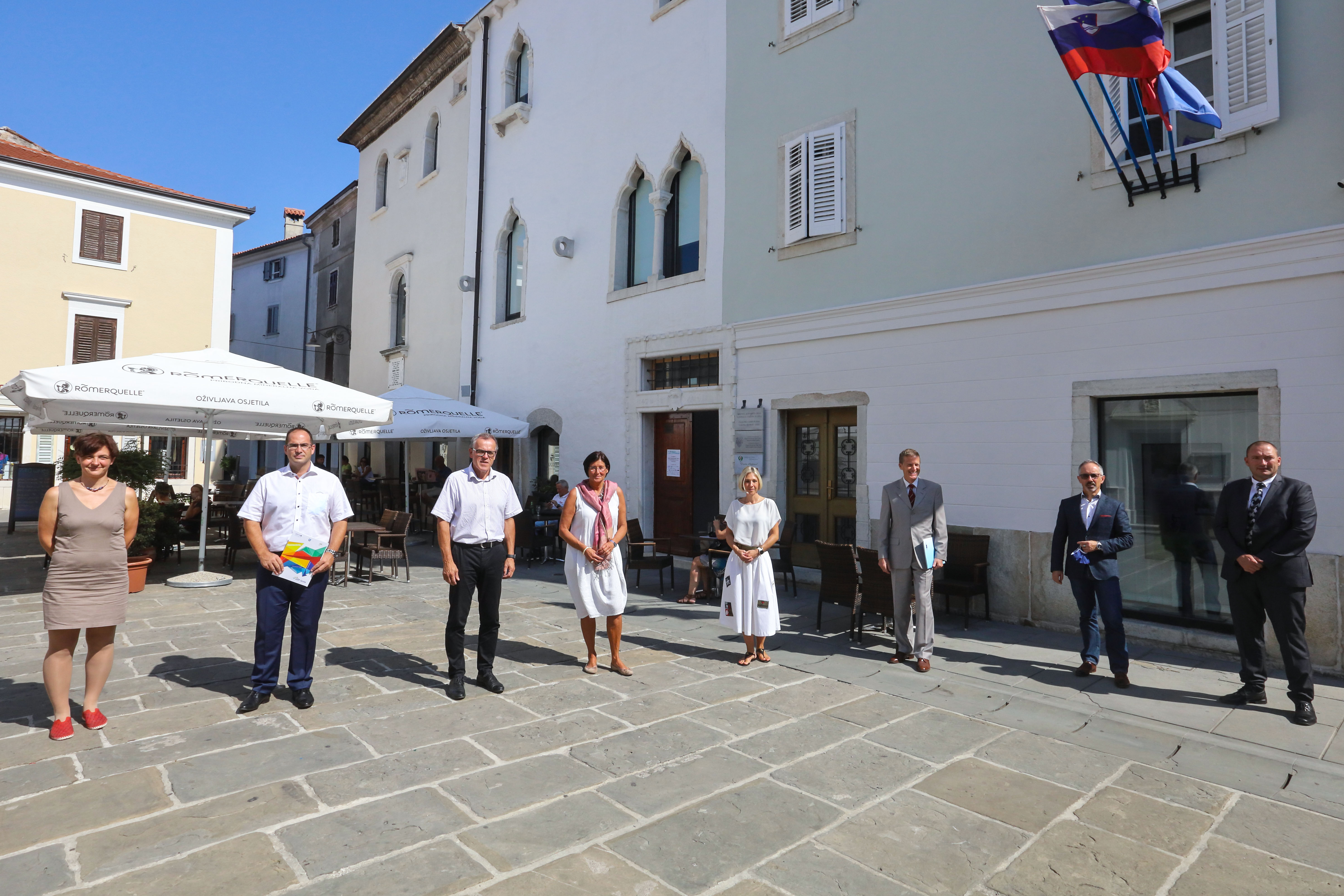