Sign up for our Newsletter
You are here: Home / Newsletter / SEA4FUTURE / #SEA4FUTURE: Pillar 3 workshop “How to progress from pillar priorities t...
Print

#SEA4FUTURE: Pillar 3 workshop “How to progress from pillar priorities to macroregional projects?”

19. – 20. September 2019 the workshop TSG 3 EUSAIR took place in Manzioli Palace, Izola (Slovenia). This already traditional workshop brought together 50 participants from 8 European countries. The main goal being the intention to further develop the EUSAIR macro-regional project ideas that are connected to the preservation of the environment, marine area and sea life.

The focus of the first day was the workshop which objective was to identify concrete ideas for future project under the priority topic on monitoring and management of marine protected species (3MPS) based on marine protected areas (MPA), as important mechanism for protection of marine species. To better understand the discussed ideas workshop included presentations of state of MPAs in Adriatic-Ionian region. The participants concluded that the future project idea on monitoring and management of 3MPS is ‘’To improve conservation status and ecosystem status of selected species – Posidonia oceanica and Caretta caretta.’’ With the focus on improvement of knowledge about with emphasis on monitoring, and implementation of concrete conservation measures to address threats as anchoring, by-catch, underwater noise, marine litter and pollution, including light pollution. It was also recognized that MSP is an important tool for conservation of migratory species, since it is able to address threats at larger scale then f.e. MPAs (particularly threats such as transport etc.).

The event also gave opportunity for presentation of other topics which main focus following the Environmental quality ideas and conservation of the marine environment from different aspects. One of projects was SEADRION (INTERREG ADRION), that presented studies for promoting the sea pumps for cooling/heating of the buildings, like feasibility study for the building of Municipality of Izola. The event also held a guided discussion about European Group for Territorial Cooperation (EGTC) as effective tool for Cross-border Marine Spatial Planning. The participants could also see the results of the analysis from data gathering at the last year event Draw the Coast which showed that people see the area as a community area.

During both days all four TSG3 mono-pillar project ideas were presented in the scope of recognising the further activities and improvements toward concrete projects. After the presentations it was concluded that is important to share multilevel governance on transboundary level to focus and be concrete in actions for better quality of life in future on shared coast and sea and to capitalize what is already achieved and known and use it in further projects, actions. 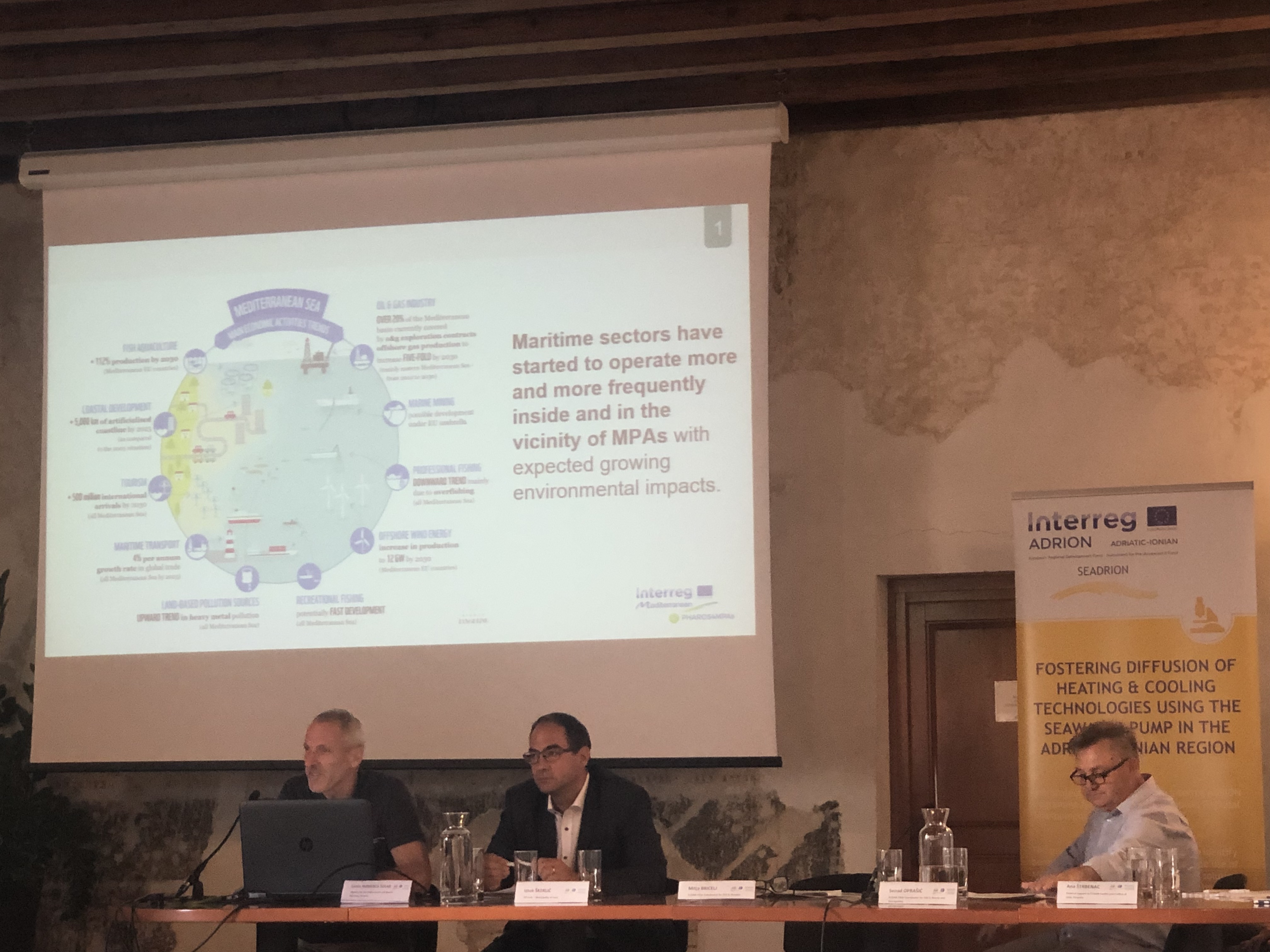