Sign up for our Newsletter
You are here: Home / News / More than 600 participants joined the 1st EUSAIR Forum to discuss the progress...
Print

On 12 and 13 May 2016, more than 600 participants attended in Dubrovnik (Croatia) the 1st Forum of the EU Strategy for the Adriatic and Ionian Region (EUSAIR), jointly organised by the European Commission and the Government of Croatia.

One year and a half after the launch of this EU macro-regional strategy, the Forum gathered together the representatives of the national, regional and local administrations of the eight participating countries, as well as a wide range of stakeholders (academia, business sector, civil society) to discuss the progress so far and define the way forward. 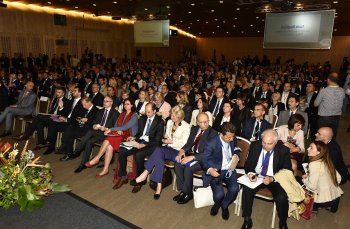 During the opening session, the Commissioner for Regional Policy, Corina Creţu, pointed out the key role that EUSAIR plays for a real integration and the promotion of the competitiveness in the territory. "I think this macro-regional strategy has great potential not only to increase competitiveness and connectivity in the region, but also in terms of its integration. EUSAIR promotes cooperation between the EU and non-EU countries in order to ensure that no one is left behind on the path to prosperity”, Creţu expressed.

Back-to-back to the event, the Croatian Minister of Foreign Affairs, Miro Kovač, hosted a meeting of the Foreign Affairs ministers ‎and the ministers responsible for EU funds. The Dubrovnik Declaration adopted in the meeting calls for solidarity with the communities hit by the refugees and migrants crisis. It advocates for exploring avenues of action that the Strategy could undertake in this regard and tasks the Interreg Adrion programme to come out with concrete proposals. Regarding the Strategy's implementation, the Declaration confirms the commitment of the ministers to devote resources and promote a cross-sectoral collaboration between the countries and across the different levels of government. In order to make it operational, it also calls for a better alignment of the Strategy with the national priorities for funding.

Migration and other challenges as part of the agenda

The refugees and migrants crisis featured high in the agenda of the panel discussion between the ministerial representatives, and was also tackled in Plenary I ("For a resilient and innovative Adriatic and Ionian Region –tackling social and economic challenges") as one of the external shocks that the region is facing.

Keynote speeches of professors Jacometti (contributor of the European Commissions's Joint Research Centre) and Bianchi ‎(Regional Minister of Emilia-Romagna Region in Italy) set the scene for this Plenary. The framework of the ‎ EUSAIR was confirmed as having a great potential to act as a region wide platform to stimulate collaborative action. A concrete proposal was put forward to develop a coordination mechanism regarding migration policies in the region.

A second plenary session ("Unlocking the potential of the Adriatic and Ionian Region –the added value of multi-level governance") was devoted to discuss and analyse the ‎challenges linked to good and multi-level governance. After an introduction by Joaquim Oliveira (OECD) on the different dimensions of multi-level governance, a keynote speech was delivered in the form of a video-message by Ivan Jakovcic, Member of the European Parliament. A discussion followed afterwards on the important role to play by sub-national administrations in the Strategy's implementation. Good practices where highlighted by Slovenia as a country participating in three macro-regional strategies.

Three parallel sessions offered a platform for exchange and discussion about crucial issues connected to the four pillars of the Strategy: 1) Blue Growth, 2) Connecting the Region, 3) Environmental Quality and 4) Sustainable Tourism. Existing frameworks and funding opportunities were analysed as a starting point.  Several project ideas and proposals of action to be implemented in the EUSAIR framework were put on the table, having in mind the need to improve the governance capacity as well as the need to involve regional and local authorities, the private sector and non-profit organisations.

A Business-to-Business (B2B) session organised on the margins of the Forum by the Enterprise Europe Network (EEN) brought together more than 100 participants from SMEs, universities, chambers of commerce and other stakeholders, providing the opportunity for exchanges in order to find partners for projects and/or explore new business opportunities.

The Forum confirmed the potential of the Strategy, not only for increased competitiveness and connectivity in the region, but also for supporting the path to EU integration of the four participating candidate and potential candidate countries. 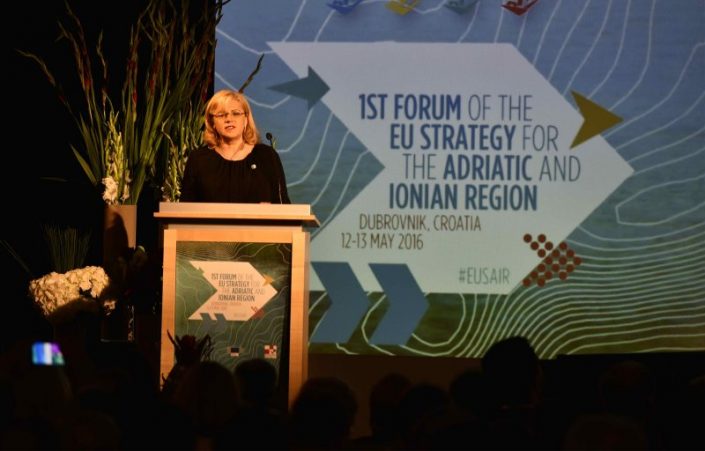